Raise your hand if you wish to venture into foreign shores to pursue higher education. But before you become all starry-eyed, let’s first address the elephant in the room. Well, we’re talking about the expenses of studying and living abroad. It’s a no-brainer that you need to have monetary resources to help you sail through those hefty tuition fees.

Now, you may argue that the academic institutions offer a variety of scholarship options; but even after availing those scholarships, students need to take up part-time jobs to sustain themselves. Also, when it comes to studying abroad, the understanding of most of the students are limited to UK, USA, Canada, or Australia. However, there are other (more affordable) destinations that chiefly go unnoticed. Many such destinations offer free education for international students.

Now that we have your attention, here are some of the countries that offer free (or at least affordable) education for foreign students.

Studying in Germany will only require the students to pay a nominal university fee (which may range between €150- 250) to cover the administration expenses.

Although the undergraduate courses offered in the educational institutions are mostly offered in German, so the international students will have to learn the language to comprehend the lessons. Munich and Berlin are two of the most popular cities for students to live in.

Some of the universities in Germany that offer free tuition include-

The country may not be as widely acknowledged as Germany in terms of affordable education, but the country presents many promising prospects for international students. Even though, technically, the public universities in France do charge university fees for undergraduate courses, but that is still a fraction of the amount charged in most countries.

The majority of free programs offered are taught in French, but now there are growing a number of opportunities for students to study in English. The cost of living in the country is also relatively affordable.

The following are some of the universities that offer tuition-free programs.

As per the information provided by Study in Norway, Norwegian state universities and colleges, as a rule, don't charge tuition fees for courses which include the international students. This is applicable to all the academic levels, including undergraduate studies, Masters or PhD programs. However, students are required to pay a semester fee of NOK (Norwegian Kroner) 300-600 each semester.

It’s important to note here that some state universities and university colleges may require tuition fees for a few specialised programs which are typically for the Masters level. The best part of studying in the country is foreign students don’t have to pay higher tuition fees than native students.

The living expenses in Norway are something that you should take into consideration as it can go higher than many other countries. The living cost can be anywhere between NOK 90,000-100,000 per year.

Following are some of the major institutes that offer free tuition courses for overseas students:

Tuition fees for non-EU/EEA (European Economic Area) students have been introduced from autumn 2017 onwards for English-taught Bachelor’s or Master’s program. However, Doctoral level studies will remain free of tuition fees, irrespective of the nationality of the students.

Finnish universities and UAS (University of Applied Sciences) offer scholarship options for gifted non-EU/EEA students admitted to their Bachelor’s and Master’s degree programmes. EDUFI Fellowships are available to cover living expenses of Doctoral students for up to one academic year.

The estimated living cost of a single student in Finland ranges between €700-900 per month.

The institutions in this country charge tuition fees for those who are not citizens of an EU/ Nordic country or Switzerland, and are pursuing the bachelor’s or master’s level education. However, the Swedish Institute and many other distinguished Universities offer full and partial scholarships in the form of tuition waivers for international students.

Interestingly, pursuing a PhD in Sweden is usually treated as paid positions by universities or external funding bodies. This means that if you are offered a position as a PhD candidate, you won’t have to pay any fees and will receive a monthly salary.

Some of the universities in Sweden that offer opportunities for paid PhD include:

If you are a non-EU/EEA student, public/federal universities in Austria only charge between €360-727 per semester for tuition fees. Plus €19.20 for student union membership fee is required along with the student accident insurance fee. If you’re a part of any exchange programs and university partnerships or a citizen of an under-developed country, you may be exempted to pay tuition fees at public universities in Austria.

Students from other developing countries or from Central and Eastern European reform countries may be exempted from paying tuition fees. In fact, students from these regions can apply for a full or partial refund of the tuition fees as per the rules of the universities.

Here are some of the affordable universities in Sweden you can explore.

The region is known to provide quality education with advanced infrastructure, which allows the students to gain both practical and theoretical education. The cost of education is quite affordable, although not completely free. The best part is one can also expect good placements after the completion of their courses.

Some of the top universities in Belgium are as follows.

The country offers tuition-free study programs to the native students who enrol in public universities. However, the country also offers affordable options to pursue higher education for English-speaking students. The distinguished universities in the Czech Republic offer courses in Engineering, Medicine and Sciences.

Some of the best universities in the Czech Republic are listed down below.

Like other European countries, Spain also provides free education to EU citizens only. However, it also offers affordable education to students outside the EU, and also presents a decent cost of living. The country offers a wide variety of courses, right from the undergraduate level to the doctoral level.

Some of the best universities in Spain are:

Professionally a digital marketing expert, Ricky is considered to be James Bond when it comes to online academic writing services. Pete runs a successful blog that is dedicated to enlightening students about online writing services. All his blogs are well-researched and no less than eye-openers. Apart from digital marketing and truth, he is a football aficionado. So, when he is not working, he can be found busy with football.

Top 12 Fully Funded Scholarship in the UK for International Students

Best Full-Time Scholarship Programs in the USA in 2022

How to Get Full Time Scholarship in Australia

How has the pandemic affected the lives of international students in Canada?

UK’s Education Scenario After The Pandemic Rise Around The World

How to bring back the studies on track after this pandemic attack? 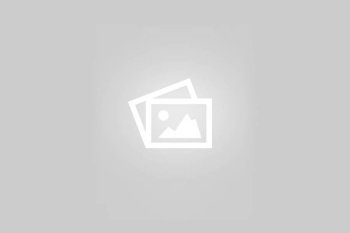 How to Write Informative and Persuasive Product Descriptions?